If I had a dollar for every time someone asked me, "How did you get the opportunity to really do what you wanted to do?" I would have millions! So many people go to the college their parents went to, they get the first job their "supposed" to get, and they think they are on their way. They get married, buy a house, have kids and, at 37, wonder, what's next?

I was fortunate to be tapped on the shoulder 33 years ago (while working on an Independent Study at Michigan State University), inside Oldsmobile product development, when an "unclassified" executive said to me, "You are unique. You have a special talent, and I want you to work directly for me." I was just a kid still in college, bored with school, and took a volunteer job at Oldsmobile in product development (I was a psychology major at the time), and the rest is history.

(By the way, after 16 months of working everyday 7:00-5:00 I was told, "We don't have volunteers...there are paychecks waiting for you in Human Resources you never picked up." I was the first female in the engineering building that was not a secretary! Reminds me of Mad Men!)

That man became my mentor, and I worked directly for him for four years. After a year and a half, he asked me to put together a 15-year plan for myself (I was 21). I thought, "Fifteen years?! Heck, that is about as old as I am now!" Yet, I didn't have a better idea, so I went for it.

I broke my plan into three segments of five years, upon which my BHAG (big hairy audacious goal) became: To be the most sought-after growth strategist working for CEOs by the time I turn 30.

There was no job position like this at the time, so I had to create the demand for one. I was 27 years old.

I want to share with all of the dreamers out there, a gift my mentor gave me a year before it was time for me to leave my first job (1984):

Dreamers take chances. Like everyone else, they fear failing,
but they refuse to let fear control them.

Dreamers don't give up.
When life gets rough, they hang in until the going gets better.
Dreamers are flexible.
They realize there is more than one way and are willing to try others.
Dreamers know they are not perfect,
They respect their weaknesses while making the most of their strengths.
Dreamers fall, but they don't stay down.
They stubbornly refuse to let a fall keep them from climbing.

Dreamers don't blame fate for their failures nor luck for their successes.
Dreamers accept responsibility for their lives.
Dreamers are positive thinkers who see good in all things.
From the ordinary, they make the extraordinary.
Dreamers believe in the path they have chosen even when it's hard,
even when others can't see where they are going.

Dreamers are patient.
They know a goal is only as worthy as the effort that's required to achieve it.

What gifts have you given your employees?

Are you a dreamer thinking of striking out on your own? Be sure to look for our ongoing workshop, "Transform Dreams to Startup," happening monthly. It's a great place to start! 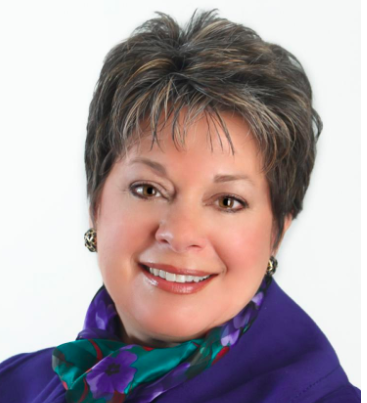 Donna Hover serves as Chapter Chair for SCORE of Southeast Michigan. Donna started her own management consulting firm in 1987, servicing automotive suppliers with revenue between $125 and $800 million. She ultimately grew the firm to 17 employees over 10 years. She would go on to organize the first CEO roundtable for automotive suppliers in 1987 and later started a nonprofit inside her own company, transitionining it to a formal nonprofit years later. Donna sold her company in 2001, accumulating 30 years experience teaching/advising CEOs of mature second- and third-generation companies—CEOs with eight years or more experience—how to grow a mature company by adding new innovation, products and technology.