Alyssa Space was always someone who looked at the world differently. Where others might see obstacles, she saw opportunities. Possessing an uncommon combination of creative skills paired with an acumen for science and technology, Alyssa's skillset, in parallel with her ingenuity, was bound to result in entrepreneurial success.

Even as a small child, Alyssa had an equal passion for dancing and science. In fact, it was both passions that allowed her to see an early opportunity others might miss: As a dancer, she found herself wearing a lot of makeup for performances, but never quite liked the way it looked on her. She suspected that perhaps there was a scientific solution to this problem, and dreamed of one day working in the laboratory of L'Oreal or Covergirl to find it.

With a Bachelor of Science degree in Chemistry from Michigan State University in hand years later, Alyssa's early career would include stints at Pfizer, a research plant that develops products for the medical and dental industries, and other STEM-related positions. But her true calling was always in the back of her mind: Not only did she dream of giving back to her own community, she knew she could use her science acumen to solve a real problem that plagued not only a young curious dancer, but many other women of color as well!

SCORE One for Ingenuity

Alyssa would begin her entrepreneurial journey in 2017 with the establishment of her venture, ForHerCosmetics. As a woman of color, she knew that there was a better way to let women like her express themselves through their makeup. And she had the expertise to prove it. Her vision was to create products that would better match the skin tone of people with a dark complexion, and, she wanted the product line to be all-natural and vegan. Before long, products were manufactured, an online storefront was launched, and ForHerCosmetics began selling products directly to consumers at pop-up events throughout southeast Michigan.

Alyssa not only built a beauty brand that empowers women and is inclusive to all, but she strives to make beauty clean and safe. She thinks "health shouldn't be sacrificed in the name of beauty." So she set out to bring to market highly pigmented lipsticks and an assortment of natural products straight from her heart and kitchen.

She found the market was looking for just such a solution.

Validating her success, Alyssa began to see bigger things for her fledgling startup. She wanted to grow, build a true brand, and perhaps even take her business international. That's when she reached out to SCORE, eventually meeting Certified Mentor Nilda Thomas.

Together, Nilda and Alyssa would chart a path for future growth, starting with the basics of marketing and branding and mapping out a broader marketing strategy. Nilda helped with business card design, domain name, social media, and 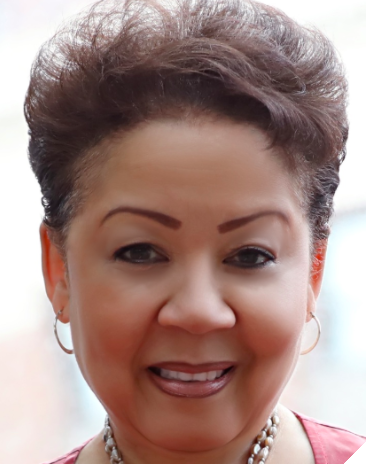 website design. They would later conspire to discuss how Alyssa could define a rock-solid go-to-market strategy. Nilda guided Alyssa through the process of creating buyer personas, encouraging her to do a survey to pinpoint customer preferences for her product line, which was a very enlightening process for Alyssa.

“It makes me feel great to work with someone who wants to learn, does learn, and takes that learning to achieve success,” Nilda adds.

For Alyssa's part, the mentorship she's received from Nilda has been invaluable and would encourage other entrepreneurs to look into the plethora of resources available to them — most at no cost — from SCORE.

“These are people who really want to help me and really want me to succeed," Alyssa says. "They filled the gaps that I wouldn’t have been able to alone. These are real people with real experience and real answers.”

Alyssa has enjoyed so much early success, that she has been able to pay back and pay it forward. In 2019, she established a second entity, MySpace Laboratories, which works with students in public schools to teach them about both science and entrepreneurship, inspiring youth to not only pursue STEM curricula but to consider whether they have a small business owner living inside them as well!

Serving as a bona fide mentor in her own right, she has worked with more than 2,000 students in Detroit and elsewhere since establishing MySpace Laboratories. 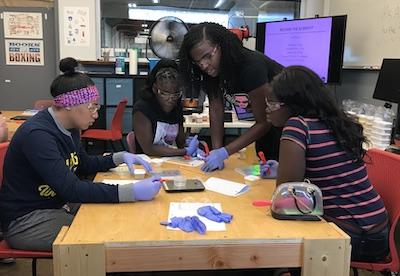 Not only has Alyssa enjoyed early commercial success, she is receiving much-earned recognition from major industry players as well. In 2019, she was named to the Forbes 30 Under 30 list, recognizing young entrepreneurs with growing businesses and promising futures.

Alyssa sees no ceiling to her budding enterprise. In fact, she envisions a company with 1,000 employees, headquartered in Detroit, selling product internationally, and mentoring 20,000 Detroit public school students on entrepreneurship and science — in only 10 years!

"I truly have the vision and passion to do this," she says. "With SCORE's help, I've come this far...and there's no turning back now!"