SCORE client Chris Casteel, and his venture Anew Life Prosthetics and Orthotics, are making headlines — for all the right reasons!

Now seven years into a startup venture borne both from his own personal story and his professional background, Casteel is continuing to grow his business and receive well-earned accolades. The most recent of which was a profile story on The Hub Detroit, which chronicles Casteel's journey as an amputee who would go on to start a business dedicated to providing prosthetics and orthotics to others facing similar challenges to his own. 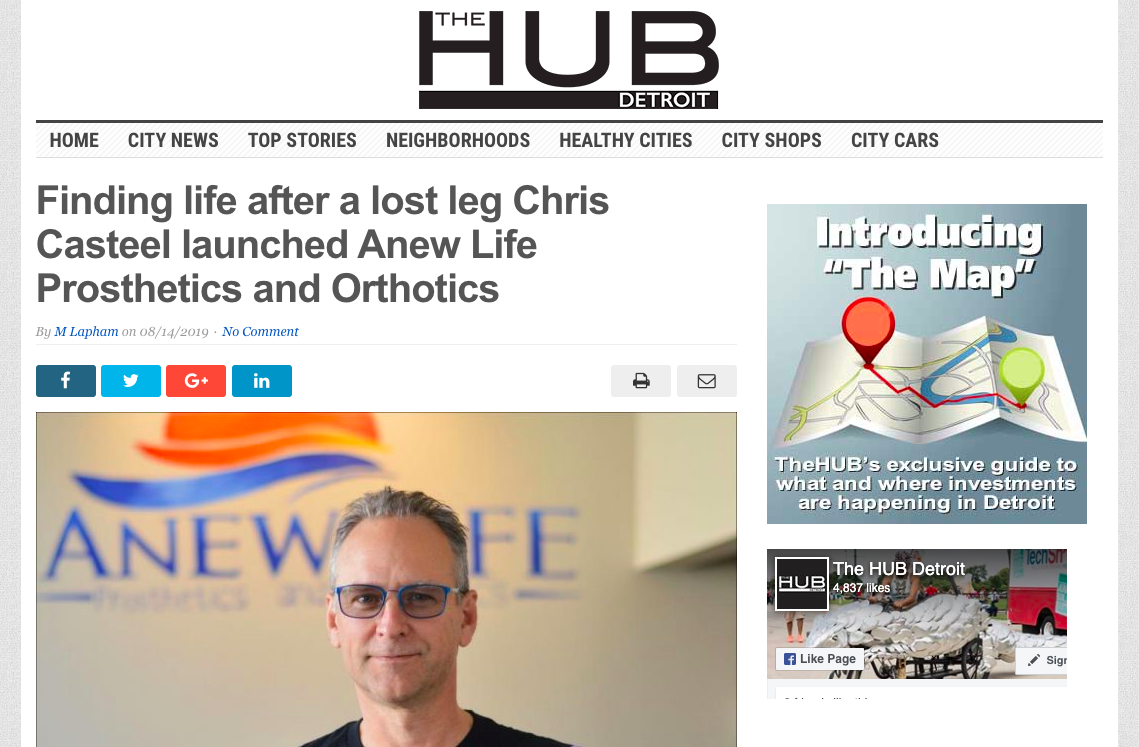 Chris Casteel became an amputee after a motorcycle accident in 1988. He then worked in manufacturing until he was let go in 2002.

If that were the end of the story it would be pretty depressing.

With his degree in orthotics and prosthetics he has combined the two halves of his story and in 2012 created his business, Anew Life Prosthetics and Orthotics, which provides care for amputees from a place of understanding along with the prosthetics.

What makes Casteel's story even more inspirational is his commitment to giving back:

Providing for the homeless isn’t the only way he makes a difference.

Casteel has traveled to Haiti to assist in an orthotic and prosthetic department and to counsel amputees.

Honored to Play a Role

Casteel and his wife (who is active in the business) have been working with SCORE mentors David Broner and David Hennessy since 2014, on matters ranging from financials to sales and marketing, and even to business structure and planning. Broner and Hennessy helped Casteel better understand the company's financials to more accurately measure profitability, and are providing coaching in the area of sales ongoing.

"If you want to read about a hero, look no further than Chris Casteel," Broner says. "We love working with Chris and his company, because he is all about giving back, which aligns with our own motivations as volunteer mentors. You couldn't be rooting for a more worthy candidate to achieve continued growth and success!"

Stay tuned for what are certain to be more success stories about Chris and Anew Life Prosthetics and Orthotics. And help them spread the word by sharing this article with anyone you might know.